As a woman, your health needs change as you journey through life. From the reproductive years, to mid-life and into retirement, you need medical care that addresses your unique situation. That's why, at Iredell, we offer a gender-specific approach to medicine with an extra caring touch. 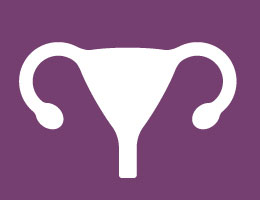 How much do you know about ovarian cysts? Quiz yourself.

Whether you are getting a mammogram or bone density test at our Women's Health Center or you are in our Pampered Pregnancy Program, you will receive medical care designed specifically with women in mind.

We know that women are often too busy caring for others and managing busy lives to be proactive with their own health. We bring healthcare to you, offering convenient medical screenings in the community to detect disease early on. Our wellness program helps women maintain happy, healthy lifestyles. The program provides educational resources to answer medical questions and presents speakers on topics of interest to women.

So as you travel through life's journey, you can rest assured that Iredell is here for you with the best medical care—designed specifically for women throughout every stage of life.

Get tips and health news, just for women, delivered to your inbox on the first of each month.